Itinerary for autumn in Hokkaido!

Ever since I was a little kid I’ve always wanted to go to Japan and finally at the tender age of 28, I’ve been blessed with the chance to do so. Dreams do come true guys, just keep praying and keep fighting for your dreams! This time I was invited by JNTO (Japan National Tourism Organization) to come to Japan and experience autumn in Hokkaido. I was freaking ecstatic, silly me but who cares if I’m being silly about this, I’m really proud of the whole thing haha. 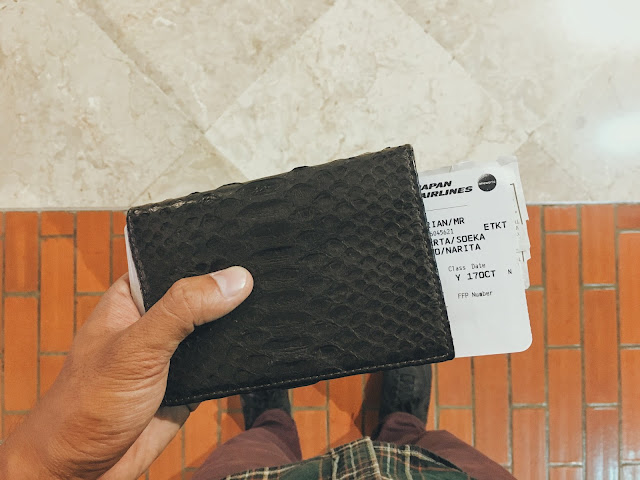 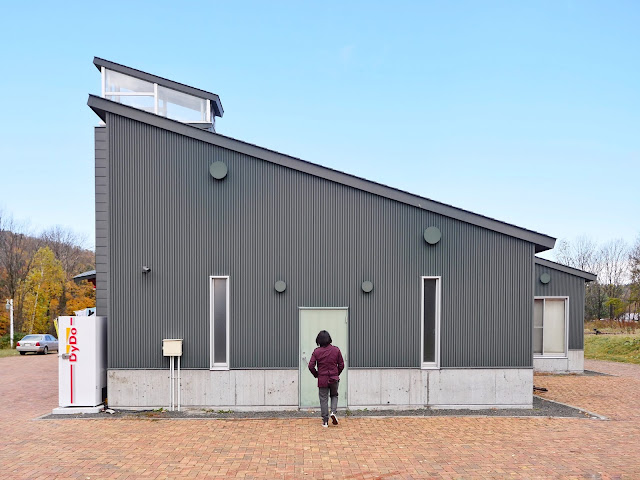 I flew to Japan with Japan Airlines (JAL), left Jakarta around 10pm and arrived at Narita Airport, Tokyo, Japan around 7.30am local time. The flight from Jakarta to Japan took about 7 hours of non-stop flying. Flying with JAL was so comfy (I would definitely recommend this as a top option if you’re going to Japan) the long journey didn’t feel that long because it was so comfortable and I could sleep. The one time I woke up was because of the scrumptious food provided in front of me on the plane. 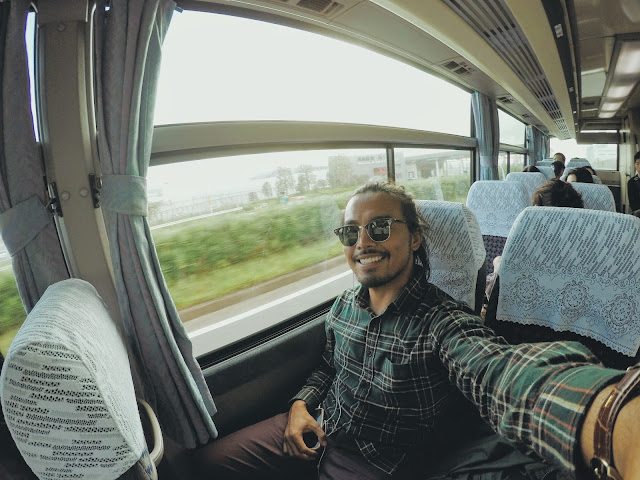 Right, I’d like to share my itinerary when I was in Hokkaido and how exactly I got there, it wasn’t hard, I swear it was pretty straightforward and whoever says Japan is expensive, they’re completely incorrect. For some reason, all this time I believed Japan was expensive and as it turns out, not necessarily true. In Jakarta we could spend Rp. 500k for a meal but here, Rp. 50-100k is more than enough for a decent meal, seeing as I love Japanese food and so I like everything there. 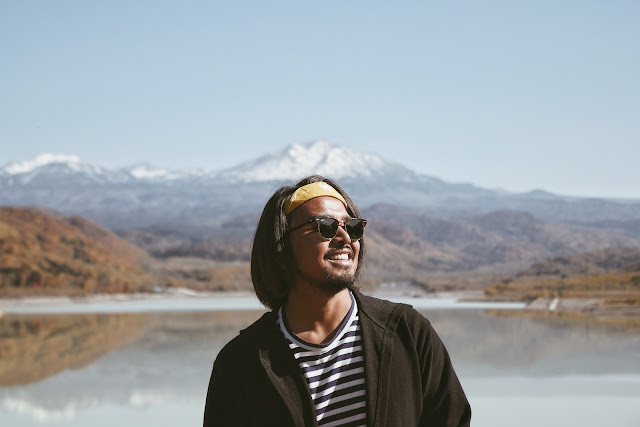 HOW TO GET TO HOKKAIDO
Personally I flew with JAL from Jakarta to Narita (Tokyo) and then I took a bus to Haneda (Tokyo) and continued with a domestic flight (also JAL) to Asahikawa. Pretty straightforward, right? 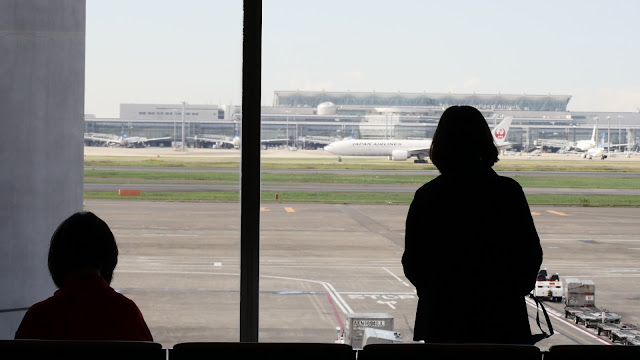 WHAT TO DO AND WHERE TO GO IN HOKKAIDO

1. Asahidake Mountain (2291m)
From Asahikawa Airport to Asahidake takes around 2 hours by public bus right to the foot of the mountain. Don’t think the mountains here are like in Indonesia, yeah, they already have good infrastructure in the mountain ranges here, leaving me amazed the whole way up the mountains. The view was amazing; in particular, the yellowing fallen red leaves along the sides of the road. When you’re here, you can stay at the super cool Asahidake Bear Monte Hotel. 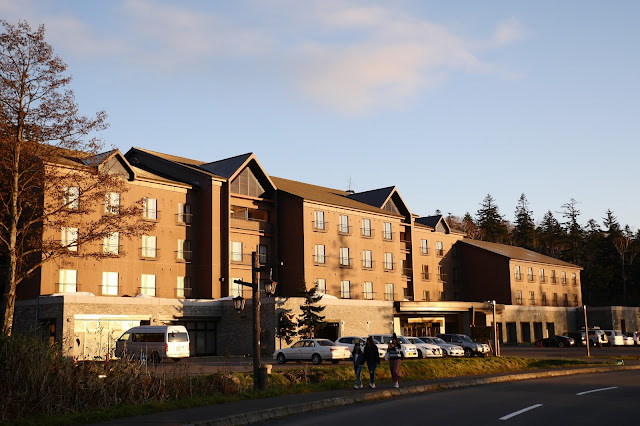 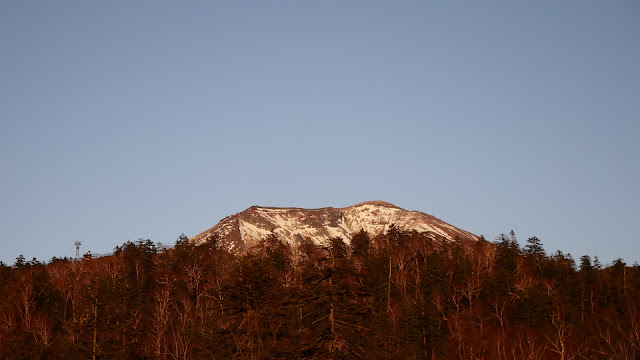 When I was there the temperature was between -1 °C to maybe about 5 °C, no joke, it was quite cold (thankfully there’s an onsen). Well here, you can take a cable car to get closer to the mountain where there’s snooooooooow! I was so happy to be able to see snow and just with a short walk, I reached the viewing point; you could climb all the way to the top but I didn’t bring any equipment so I stopped at the viewing point. Oh that’s right ladies and gentlemen, did you know that Asahidake is the highest mountain in Hokkaido? Don’t forget to bring boots and a thick coat, yeah (although there’s a rental place but it’s always better to bring your own). 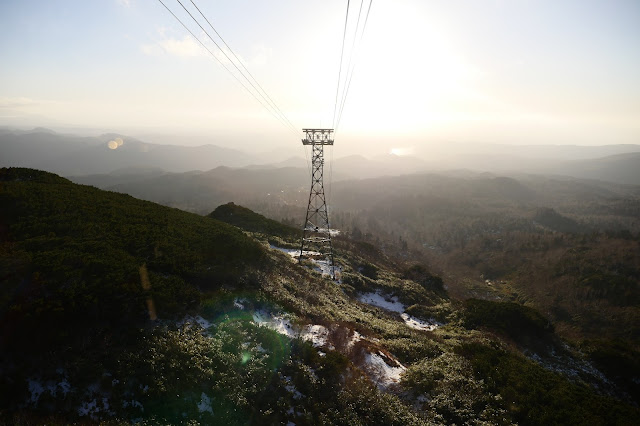 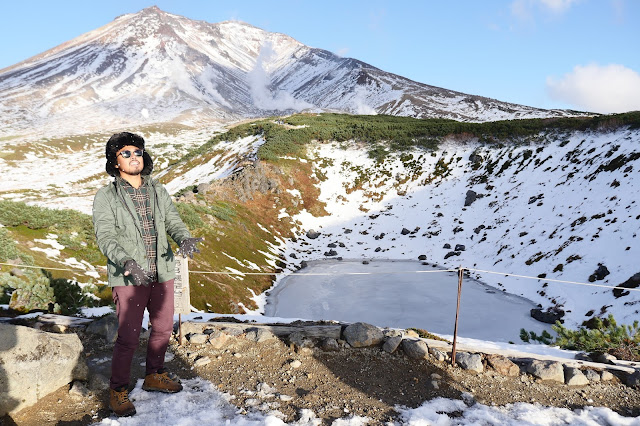 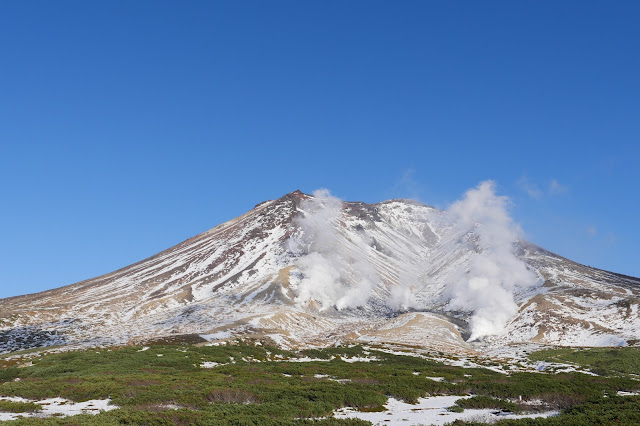 2. Onsen
What’s an onsen? Onsen is a traditional public hot bath that’s been around for generations. You’ll be fully nude but don’t worry they have separate men’s and women’s bath. First thing that came to my mind was: man, aren’t people ashamed, we’re all grown-up and we have to take a bath, naked, with other people, together. But I was curious with this onsen thing, and the hotel where I stayed had one. So, I braved myself to try the onsen and, seeing that other people weren’t making a big deal out of it made me comfortable and I just didn’t think about it anymore. A few things to note before you go inside: 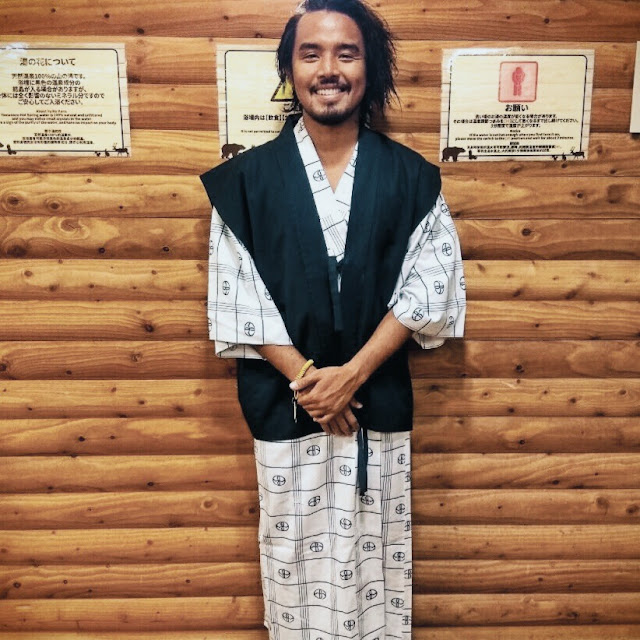 After trying it, this onsen was such a good idea, especially since it was around 1 °C in the mountains so submerging yourself in natural hot water felt really good, very relaxing and everyone was chill so I became chill, there was no shame. Well, seeing as we were all guys (I imagine it’s the same with the ladies). Onsen was perfect and in Asahidake Bear Monte Hotel you have outdoor and indoor baths so can you imagine what it would be like when it’s snowing? That would be the best. Well, it would be better if they mixed the men and women’s onsen haha! 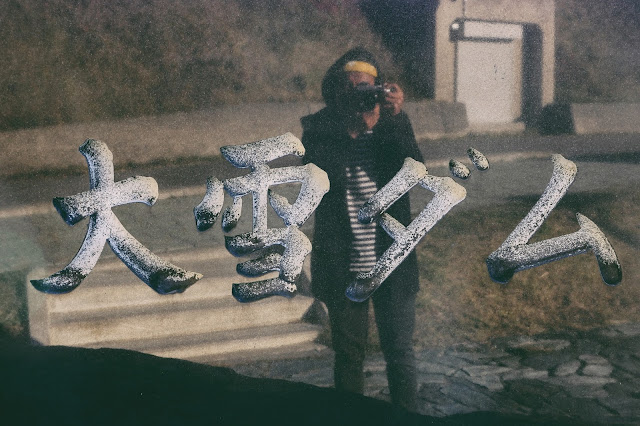 3. Gin Ga No Taki Waterfall
This waterfall is between the lovely cliffs in the Sounkyo National Park area, famous for its erm… lovely cliffs. Again, because it was autumn, the whole journey was beautifully decorated with cliffs of red, yellow, orange and green. Even immediately around the waterfall you’ll be treated with golden trees. When you visit Hokkaido, you have to come here. I guarantee you won’t regret it. 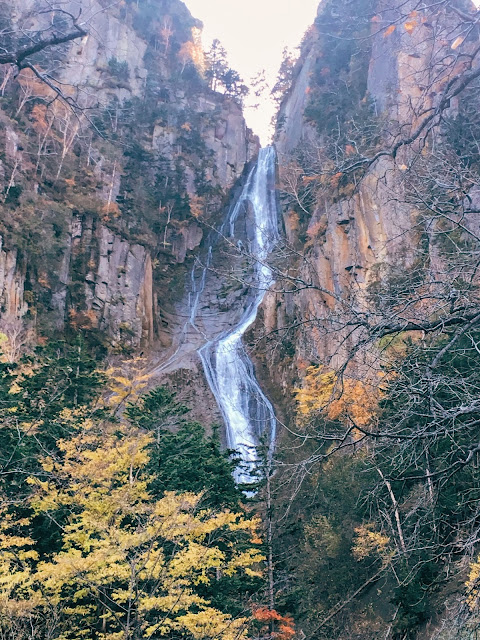 4. Lake Akan
Lake Akan or Akan Lake is located in the Kushiro region, East Hokkaido. This lake is situated at the feet of Mount Meakan-dake, Mount Oakan-dake and Mount Akan-Fuji. I think what’s interesting is not only the moss (round moss found in Lake Akan) but the Ainu village of indigenous Japanese people that’s still here until today. They have replica of the houses and you can even watch tribal Ainu dances inside a modern and comfortable theatre. I love everything cultural: the houses, the dances and authentic music, I love them. My mind started to imagine how gorgeous these wooden houses of the Ainu would look like in the winter, covered by the snow. Cos even now in the autumn, surrounded by the trees and the fallen yellow, red, orange and golden leaves, this place is breathtaking. Winter must take it to another level of beauty. I hope there’s another opportunity for me to return to Japan in the winter at some point. 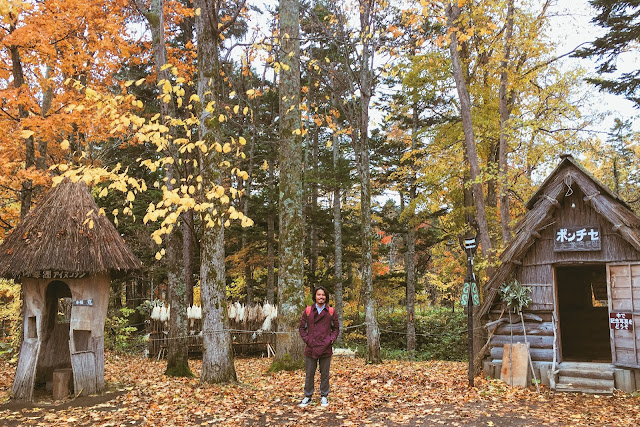 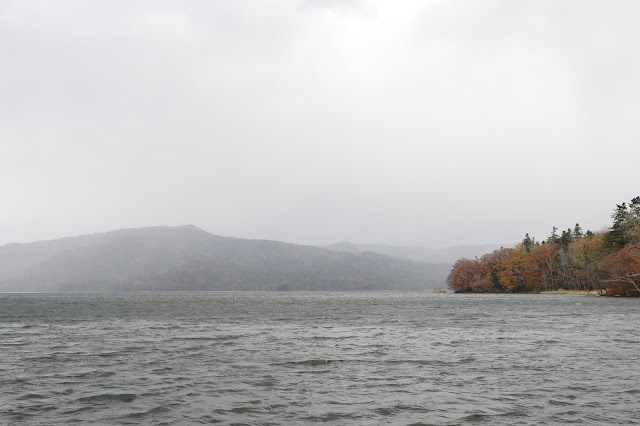 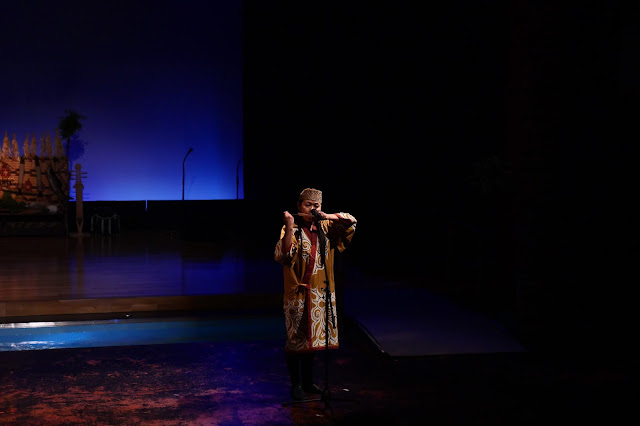 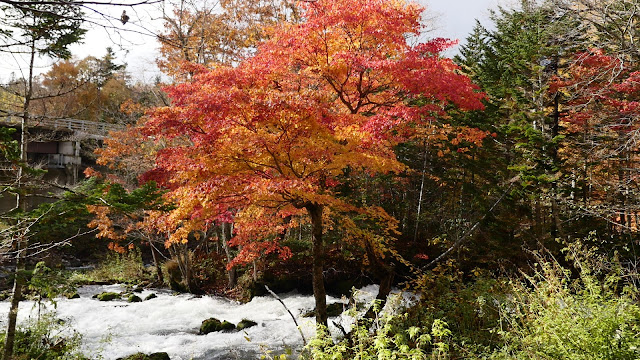 5. Eating Genghis-Khan
Jingisukan or Gengis-Khan can only be found in Hokkaido, a kind of bulgogi if you’re in Korea with the main ingredients: beef or lamb, grilled in a barbecue style, best eaten while having beer. You can find them everywhere in Hokkaido, they taste awesome, savoury and slightly sweet. What makes it better is you eat it when it’s cold outside, together with your mates in a simple and quaint place. Just make sure you remember to try this when you’re in Hokkaido, all right? 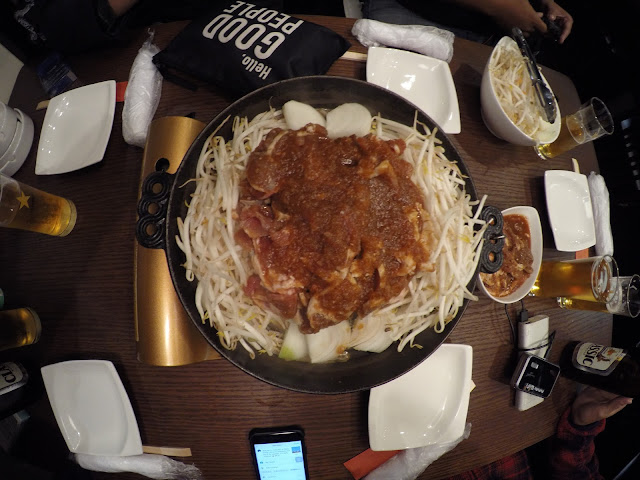 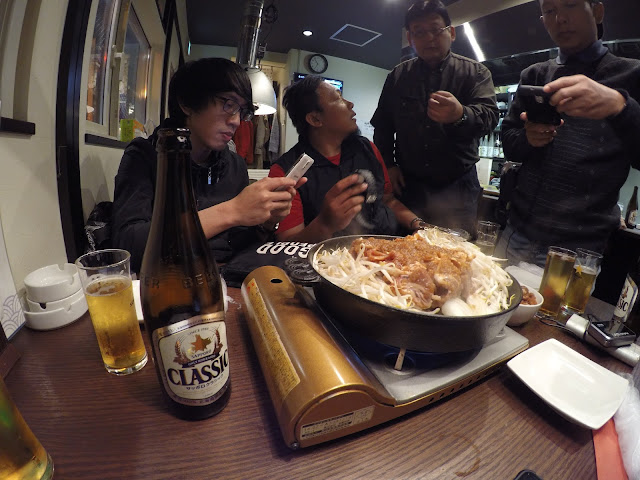 There are so many things to explore in Hokkaido, from the mountains, waterfalls, lakes and even culture. It’s all very wonderful. Even if typically I’m a traveler of Indonesia, once in awhile it’s brilliant to see the natural beauty of other places outside of Indonesia and to try things we can’t find in Indonesia. For instance, we don’t have an autumn where all the leaves turn red, orange and golden yellow. You just won’t find it in Indonesia. I’m still curious with the winter and Sakura season in Japan, hopefully there will be more chances for me to come here again, fingers crossed. 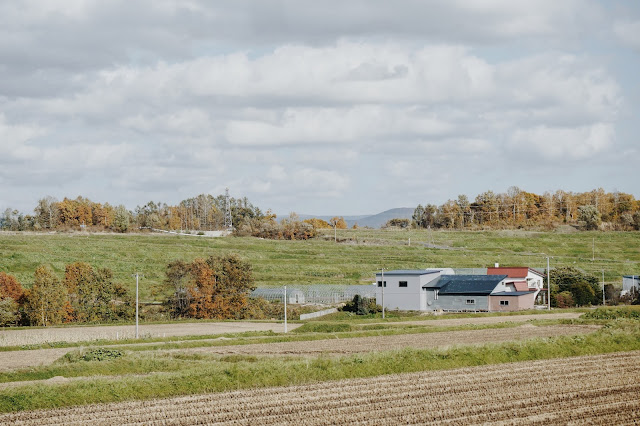 A lot of people have told me I’m lucky to have come directly to Hokkaido for my first time visiting Japan, instead of all the other cities people usually go to when they visit Japan for the first time. Hokkaido is in North Japan and people usually go to Sapporo when they come here so thanks to JNTO for taking me to the places that are so me. Really natural, really cultural, I’m so happy and I’m so excited to write this story. I hope this story helps people with some information on where to go and what to do in Hokkaido. 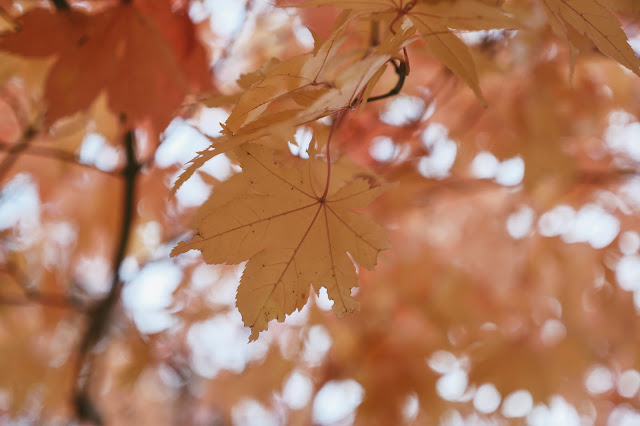 Traveling abroad doesn’t mean you don’t love Indonesia but it’s only when you’re away that you realise where your home is, where you return to at the end of your journey, Indonesia is home for me and Japan is where I learn new things and share the experiences I’ve gained in Hokkaido to my family and friends. One thing I’m happy to share is that the Japanese people don’t litter so it’s clean everywhere. Try going to Japan and compare it to Indonesia, so please tell everyone we love that Indonesia can be as clean as Japan. Because if it’s not us then who? My time in Hokkaido was brief but I really like it here, love it even. 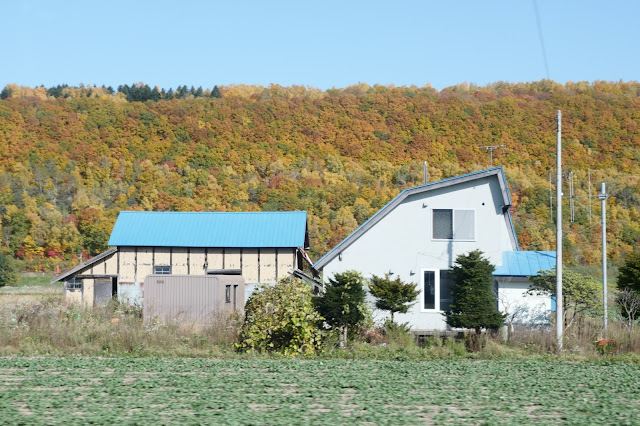